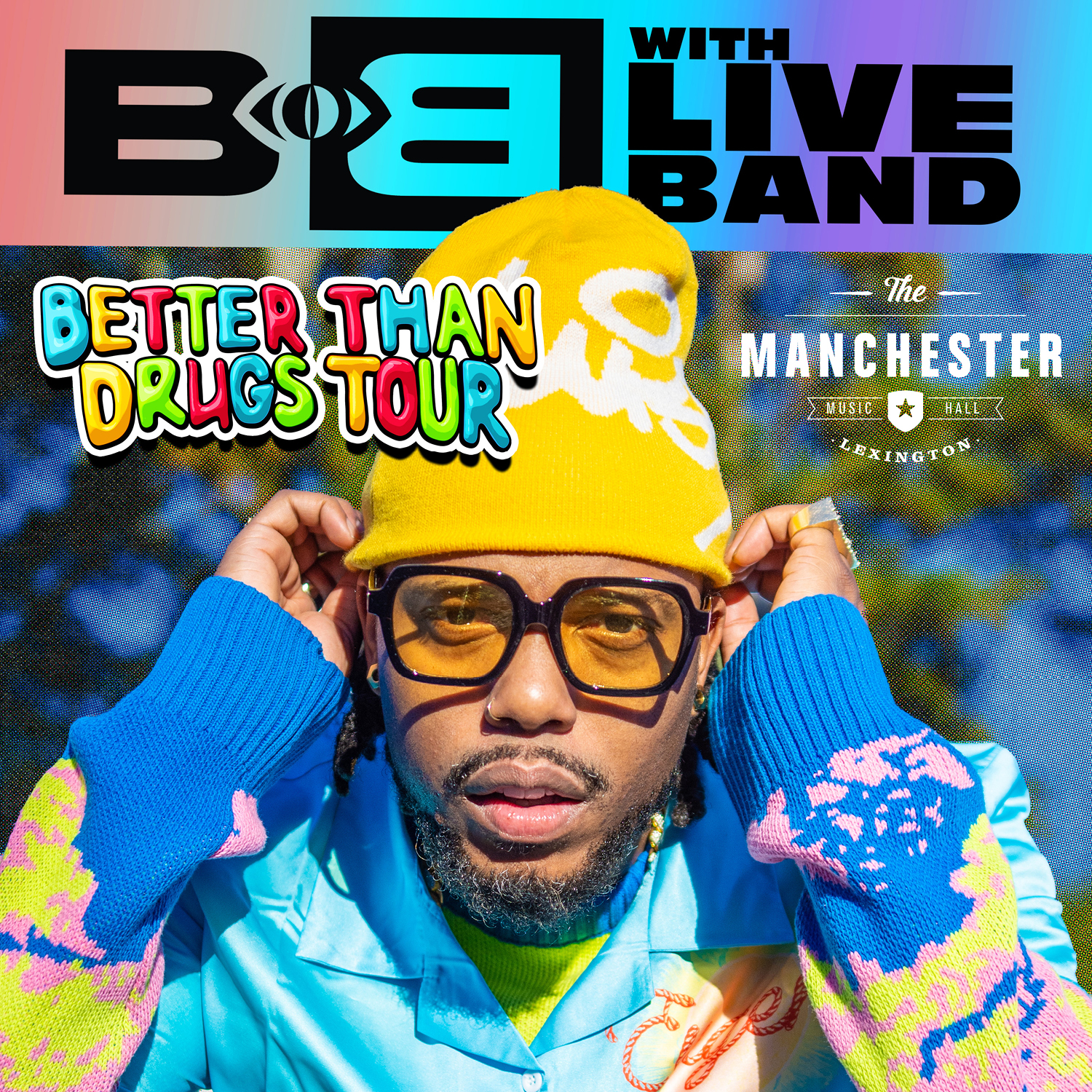 B.o.B burst onto the hip-hop scene in late 2006 becoming a six-time Grammy Award nominee
and solidifying his notoriety as a multifaceted lyricist, storyteller, and producer. Born Bobby Ray
Simmons, the Decatur, GA native has successfully paved his way in the entertainment industry
constantly killing the game by daring to convey his true self through his music.

With over ten years of creatively impacting entertainment culture, the Atlanta-based rapper has
yet to stop putting out revolutionary content. After what was widely believed to be his last album,
Naga, which was released in July of 2018, the musically inclined superstar released
Southmatic in June of 2019.

B.o.B has continued to feed fans with music throughout the years with the release of Somnia in
September 2020, Murd & Mercy – October 2020, and now with the highly anticipated 2022
album release, Better Than Drugs, along with a supporting nationwide tour, its first in 5 years.

Over the years, raw talent and originality have separated B.o.B from most rappers in the game
making him innovative and unpredictable. His spirit of innovation, impeccable work ethic, and
commitment to excellence continues to turn hip-hop upside down.