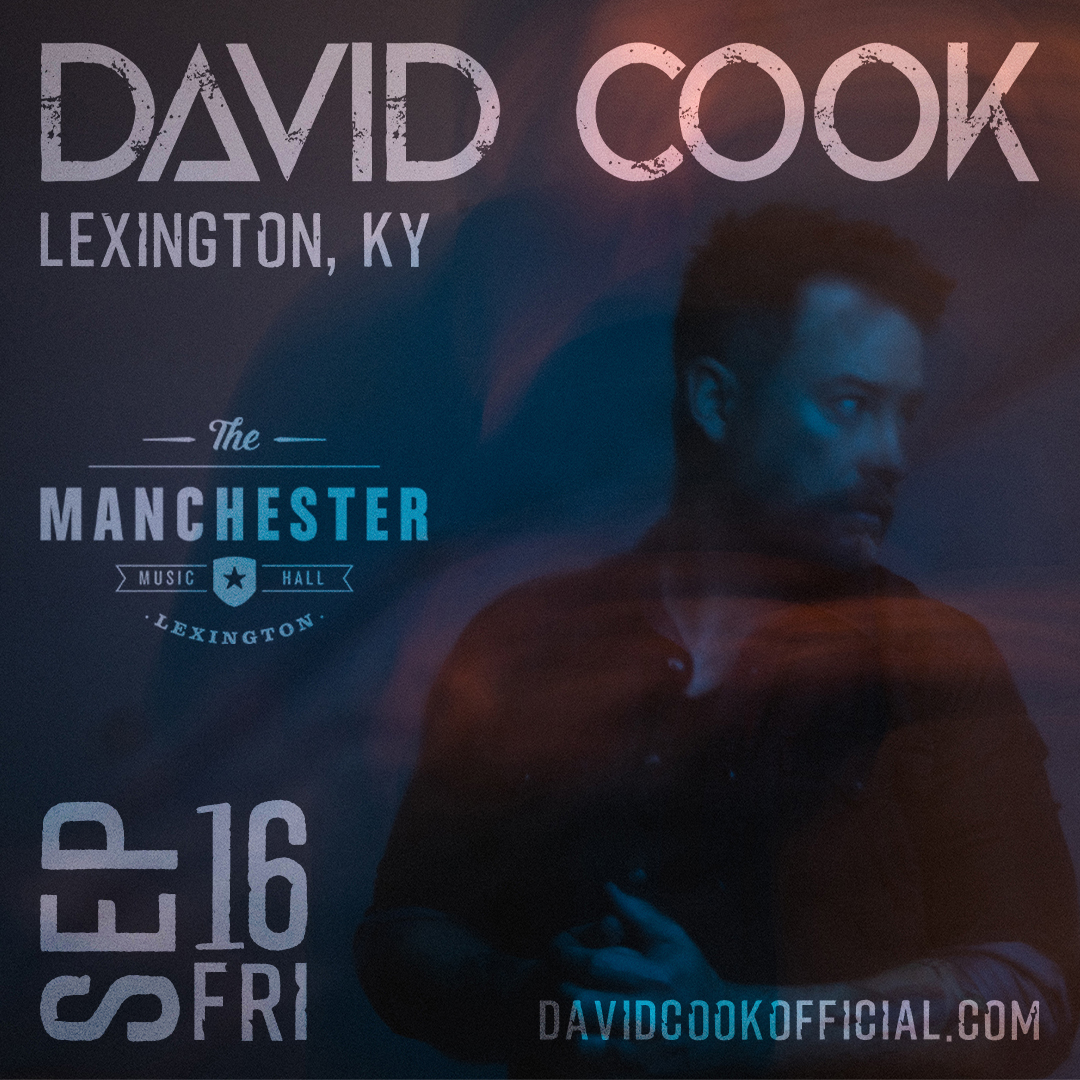 David Cook (and yes, the same David Cook who launched into stardom following his American Idol Season Seven win – breaking several Billboard chart records when 14 of his songs debuted on the Hot Digital Songs chart and 11 of his songs debuted on the Hot 100) certainly knows his way around a good song. His first album, Analog Heart, came out pre-Idol, and his last album, Digital Vein, nicely book-ended that chapter of Cook’s career, a chapter during which he sold more than 2 million albums (including his platinum-certified eponymous album) and, collectively, more than 5 million tracks (including two platinum-certified singles) worldwide.

If putting out his 2018 EP wasn’t enough to keep Cook busy, that same year he headed to the Great White Way for his Broadway debut as Charlie Price in KINKY BOOTS. “I’ve had conversations about finding creative outlets outside of being a musician, but the timing was never right.” While Cook was excited about his first starring role, he was also aware the message behind KINKY BOOTS was timely and relevant. “I was honored to be part of the show and get to work with so many amazing people. I love the collaborative aspect of theatre too, the idea of being part of a creative team and working it out in front of an audience each night.”

In 2020, David released two new singles. The first, Reds Turn Blue, is a nod to the manic highs (reds) and lows (blues) of anxiety, something David has struggled to overcome since his season seven win on American Idol. As David told People.com: “This song became a therapeutic process for me, as a way to personify my anxiety and make it something other than me — which, in an odd way, has helped me navigate my relationship with it.” To capture that struggle, David worked with artist Justin A. Nixon to create a visual that was, “sci-fi and sinister” but left open-ended to represent “that constant battle between anxiety and myself.”  And the second, Strange World, is “my homage to this year,” said David. “Staring out of windows at the world outside, feeling disconnected from it, and trying to find those moments that would normally exist outside, inside. “Both singles, along with the driving Fire are from his  EP The Looking Glass, released in April 2021.