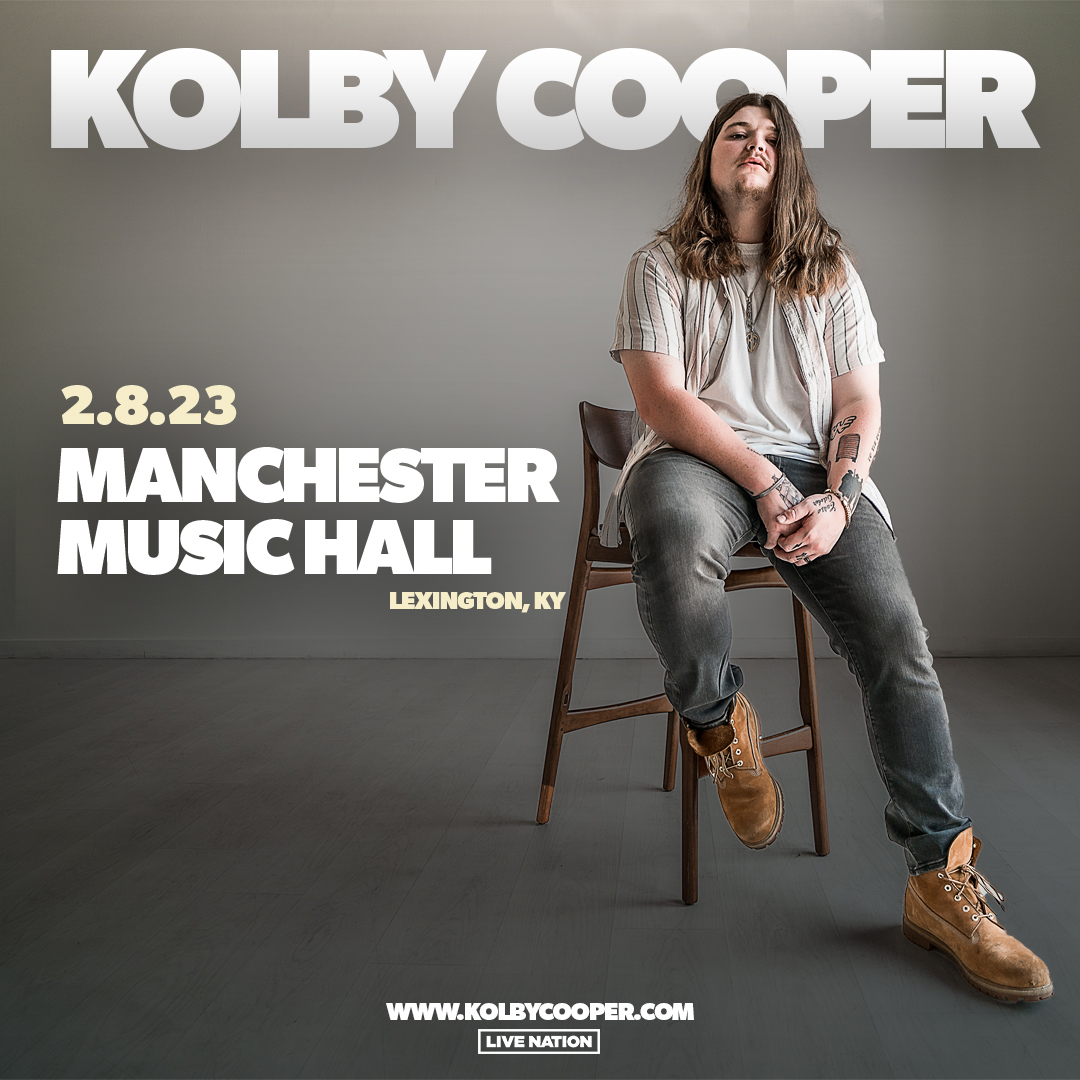 18+
Kolby Cooper lost his childhood and found his voice.

Cooper was 14 when cancer took his dad, and he channeled that painful loss into songwriting. He was 18 with the responsibility of a wife and baby on his shoulders when he used his high school graduation money to record an EP. And now, barely old enough to buy a round for the band, Cooper is pouring his signature blend of scorching break-up anthems and gut-wrenchingly relatable songs into a new record for BBR Music Group.
Far from the typical music industry inroads, Cooper has been riding the fast track from a small Texas town driven by necessity and inspired by his father’s working-class principles.

“Losing my dad and then becoming a dad made me think, ‘This just can’t be a fun thing.’ I mean, it’s fun – but it has to be a job too,” Cooper said with candor. “I have to work my ass off. I’m not just trying to pay rent.”

In three short years, Cooper has accomplished what has eluded seasoned Nashville insiders amassing more than 110 million Spotify streams and playing numerous, sold-out show around the country, with thousands of fans singing along to his searing, wry lyrics.

Drawn to his unrestrained, fresh sound, Cooper is earning early praise for his rough-hewn velvet vocals, layered over wailing electric guitar, and a buoyant Texas bottom-end. His new record is Country with clear influences from his Lonestar State roots. The result “is authentic to me,” said the humble outlier. “I’m older and understanding more about myself, and the music, and what I want to say. This is exactly what I set out to sound like.”
At 22, he is coming into his own as a master storyteller and an angry advocate for the heartsick as he writes each of his songs— from the deeply personal “Boy from Anderson County,” an autobiographical look at how love can propel a boy into becoming a better man, to “Good For You,” a sneering, steel-guitar slice of resentment, and the dreaded “it’s not you, it’s me” pathos of “Excuses,” which was inspired by his guitar player’s sudden breakup.

Cooper is refreshingly kind and happy for someone who can readily tap into rage and angst. He embodies and moves confidently between contradictions from the defiant to the forlorn.

“People ask me, ‘Why do you write these breakup songs? You must have a bad past with exes,’” he said laughing. “I’ve been dating my wife since we were seniors in high school. I write from the perspective of what I see – a lot of tough relationships in a small town that I witnessed firsthand.”